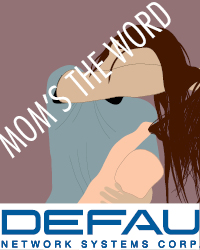 Put five mothers in a room and ask them to describe motherhood and you’re sure to get an earful!

Part comedy, part variety show, these women share their best and most hilarious personal confessions about the sleepless nights, the kissed booboos, the mushbrain, the libido strain, the breastmilk malfunctions, the diaper horror stories – all the chaos, absurdity, heartache, and wonder of motherhood they could fit into two short hours.

Created in 1994 for Vancouver’s “Women In View” festival, this award-winning performance has been a fan favourite at international comedy festivals and is performed globally in a variety of languages. Playwrights: Linda A. Carson, Jill Daum, Alison Kelly, Robin Nichol, Barbara Pollard, Deborah Williams.

*Content disclaimer: Some scenes in this play contain coarse language and brief nudity.